During the 1960s when tourism was blossoming, vacation travelers captured lovely photographs and Kodachrome slides of their holiday memories.

They found the beauty of the islands simply mesmerizing.

Enjoy this look at the island's past, seen through their eyes. 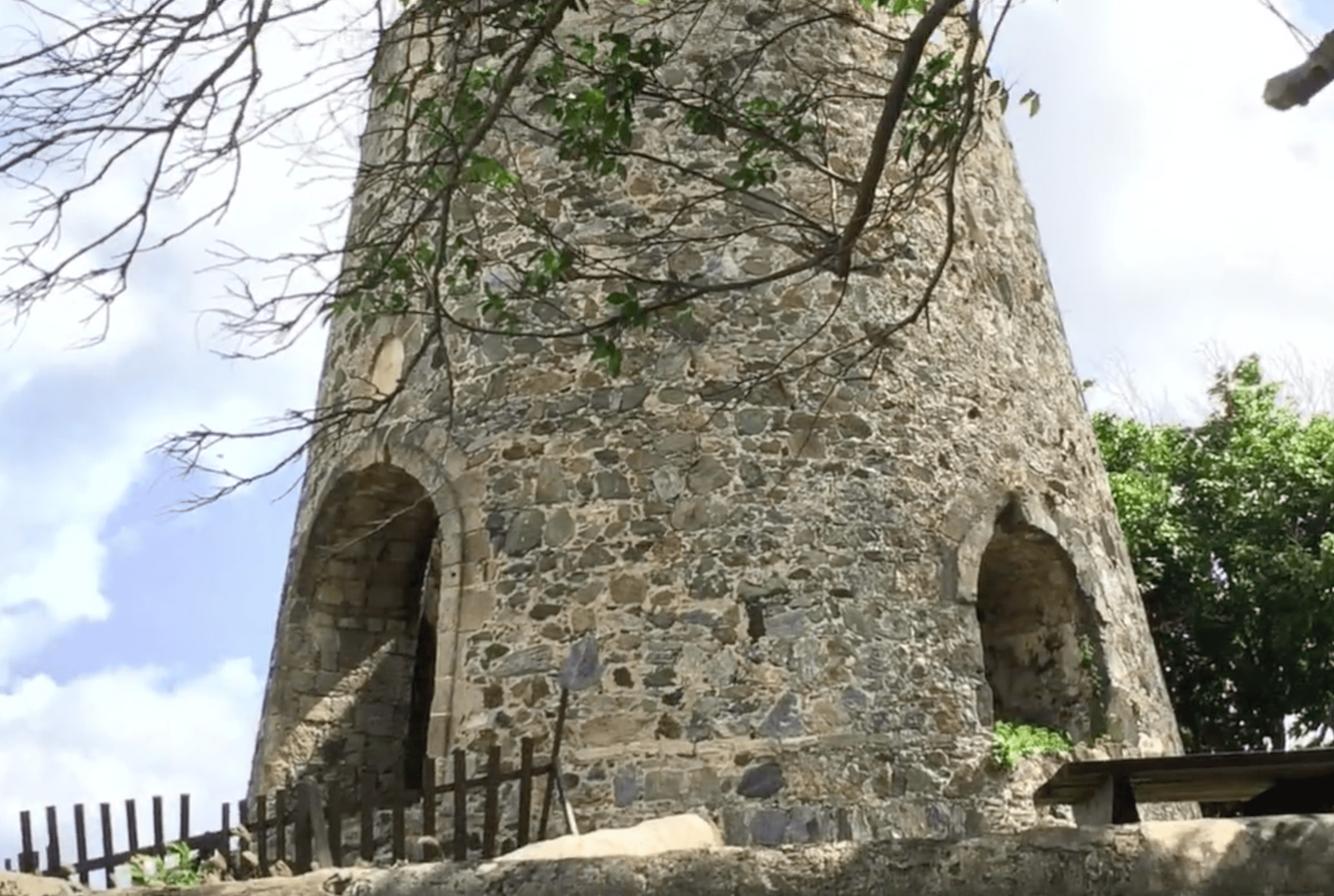 St. John, the smallest of the three main Virgin Islands, was an agricultural island very similar to St. Croix with the establishment of several sugar mills.

After the end of slavery, the profitable production of sugar declined.

The inhabitants made charcoal, raised livestock and produced vegetables and fruits for their independent existence.

Bay tree cultivation was prolific with the island producing the highest quality of Bay trees.

The leaves were used for the making of Bay rum, a popular elixir for medicinal remedies.

Lamesure Bay, Francis Bay, and Annaberg Estate were once owned by the Creque family of St. Thomas from the 1920s to the 1950s.

The properties were eventually transferred to Laurence Rockefeller and in 1956, became a part of the Virgin Islands National Park.

Their pristine beauty and white sandy beaches are now permanently preserved for all to enjoy. 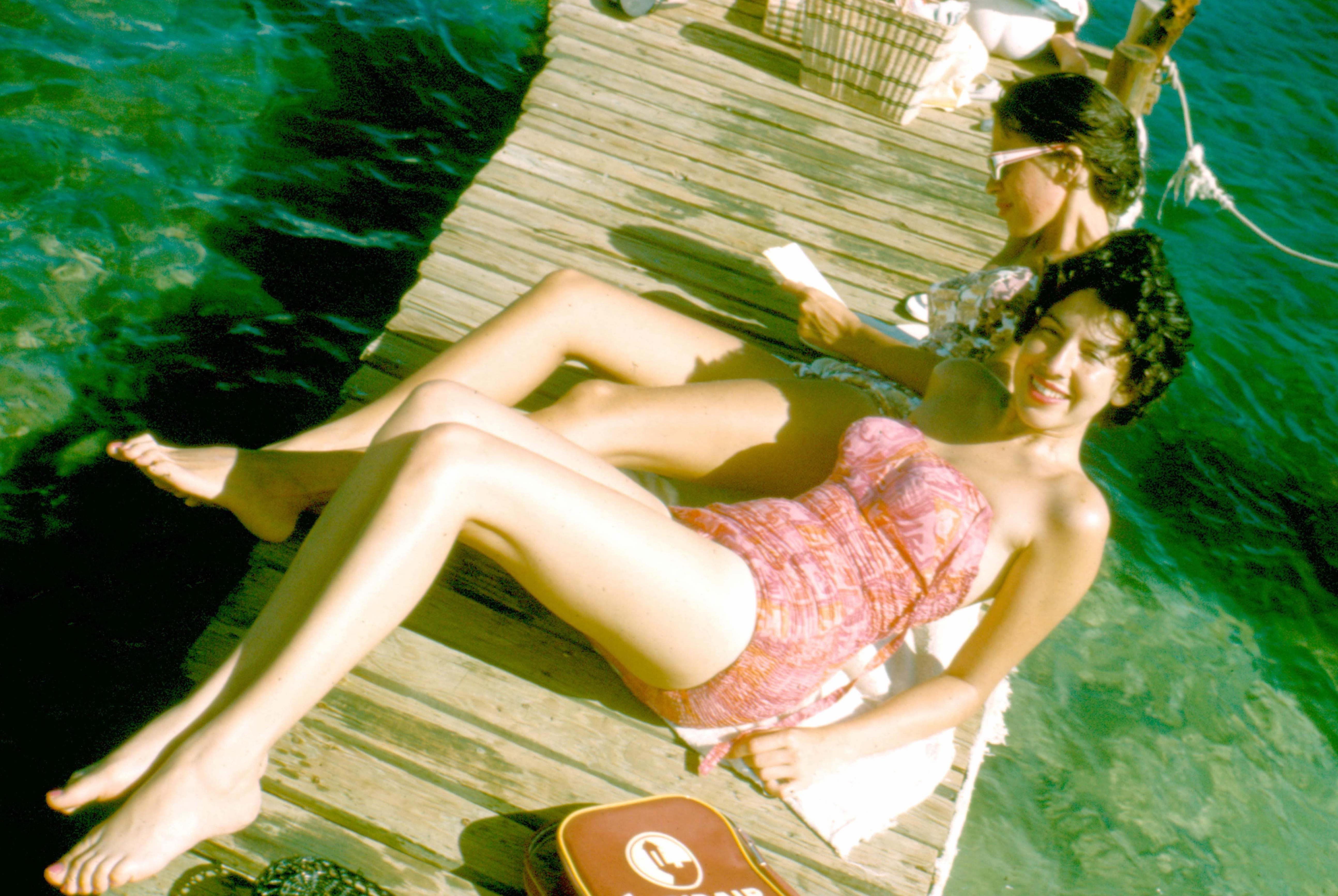 Water Island became a part of the US Virgin Islands when it was transferred to the US Government in 1996.

It's approximately 500 acres and located within view of Charlotte Amalie close to Hassel Island.

During the mid-nineteenth century, the island was a great resource for the nearby inhabitants.

Wood was gathered for burning coal and wild animals were hunted for food.

The seas surrounding the island produced copious amounts of fish which made the island a favorite hunting ground. 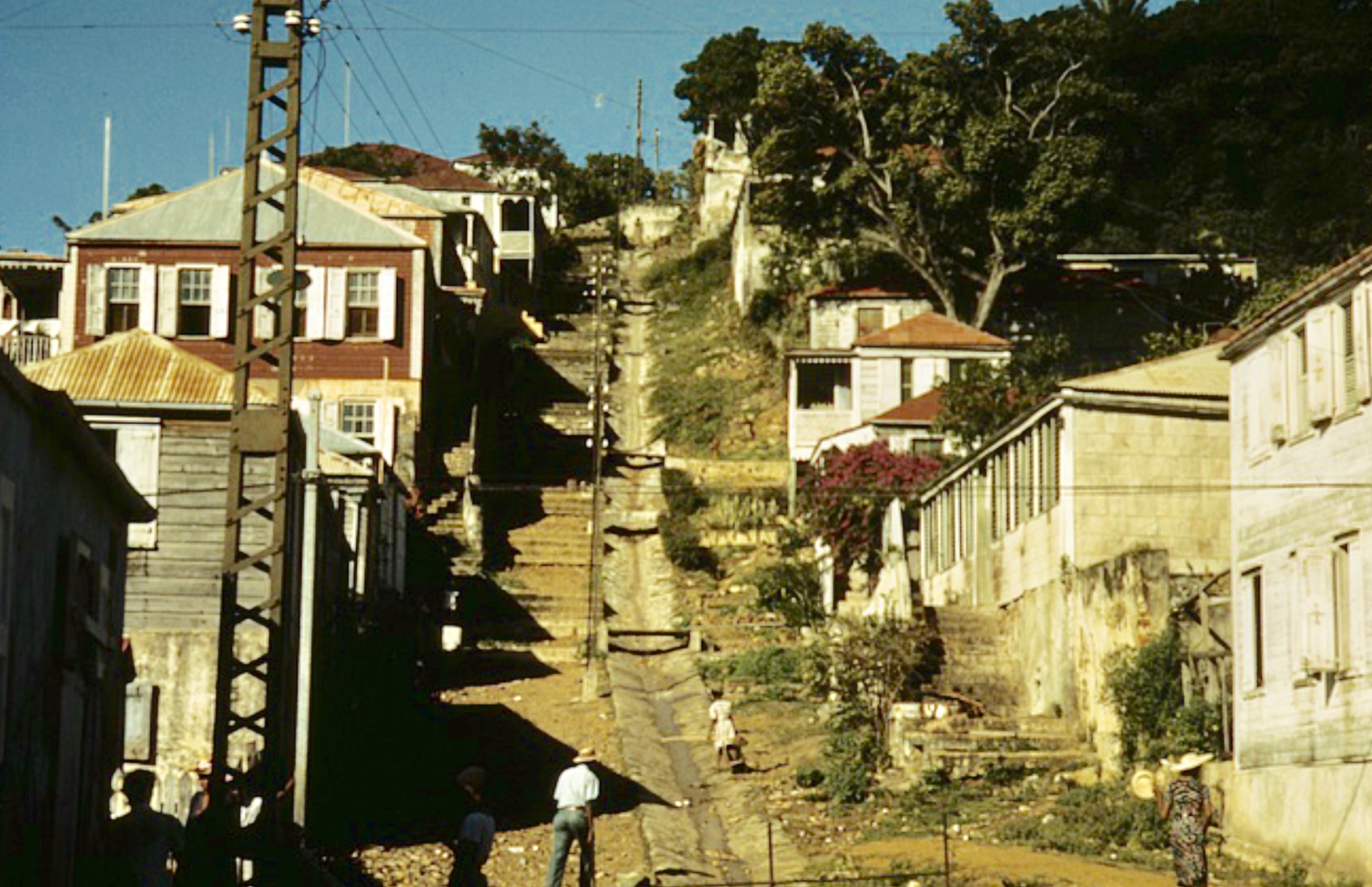 During the early twentieth century, St. Thomas was considered the Gibralter of the West Indies. The harbor was one of the busiest in the region with visiting steamers, naval cruisers and coaling ships.

Popular scenic spots include Bluebeard's Castle, reputed to have the best view, Blackbeard’s Castle, Magens Bay, Fort Christian, and the St. Thomas Synagogue among many more. 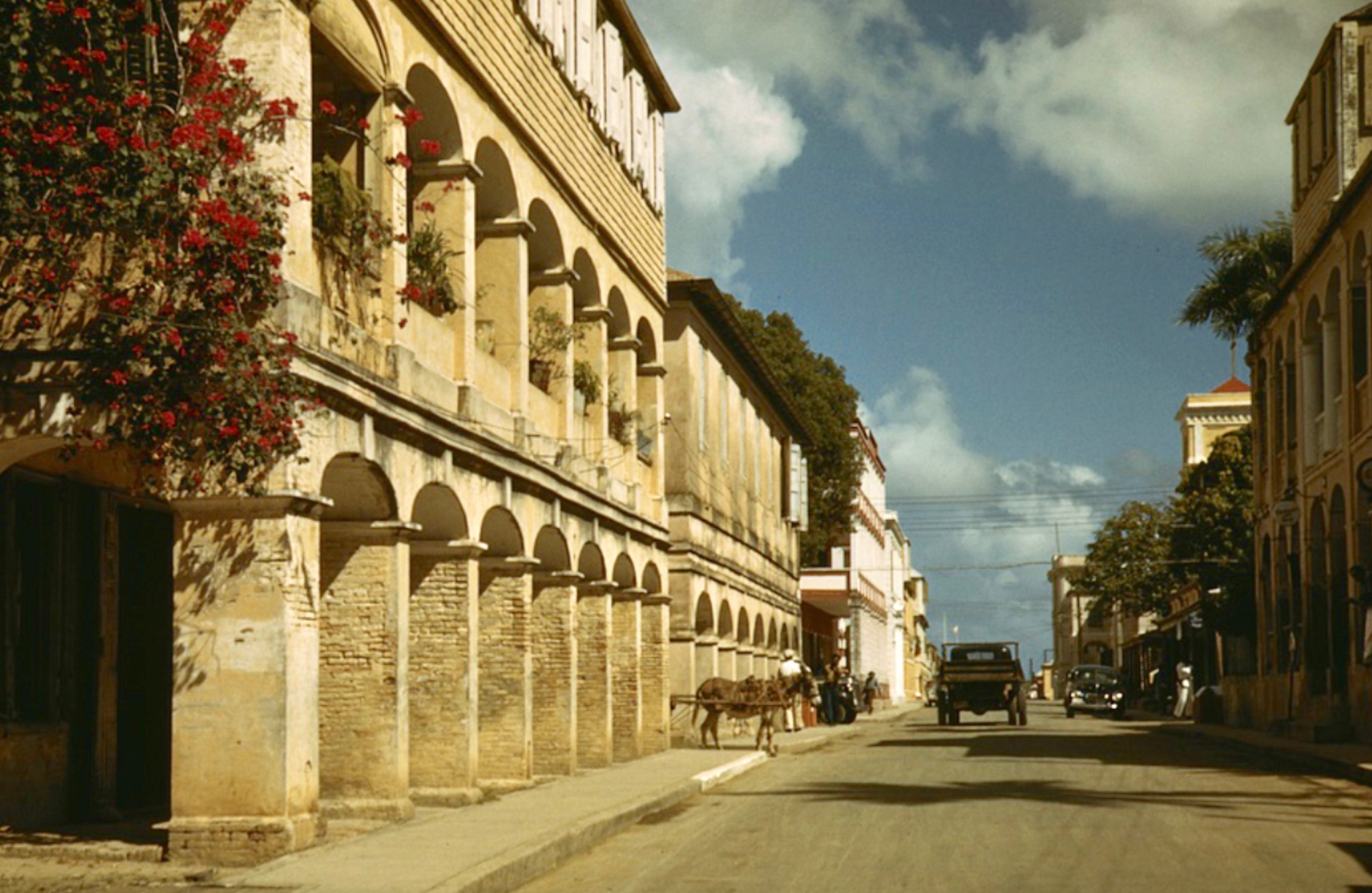 St. Croix, the largest of the US Virgin Islands, is steeped in history.  The first inhabitants, the Carib Indians, called it Ay-ay.

Known for its agricultural resources, it was considered, the Garden Isle of the West Indies. Millions of tons of sugar have been processed and exported.

Two historic forts can be found on the island, Fort Christiansvaern in Christiansted and Fort Frederik in Frederiksted, both built in the 1750s.

Salt River Bay National Park is home to an ecological preserve which is where it is alleged that Columbus' expedition first made landfall.

St. Thomas, The Gibraltar of the West Indies

Not far from the town of Charlotte Amalie... in what was once the Danish West Indies, is an old tower commonly known as Bluebeard's Castle.

Legend has it that here a daring old buccaneer had his headquarters and played his romantic roles as "the hornets of the Spanish Main."

History disputes legend, for it says that it was really built by the Danish government as a measure of defense in 1689. 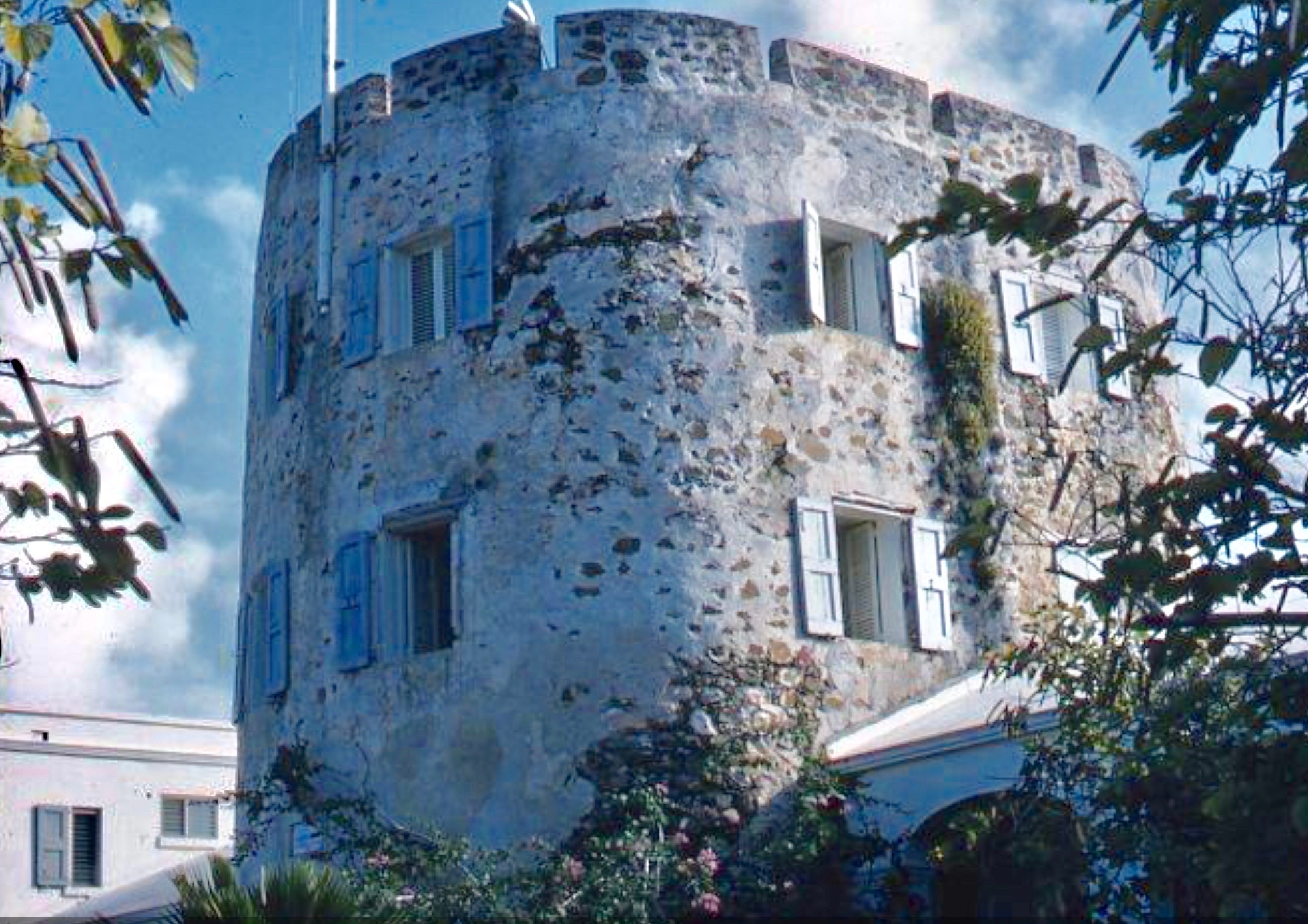 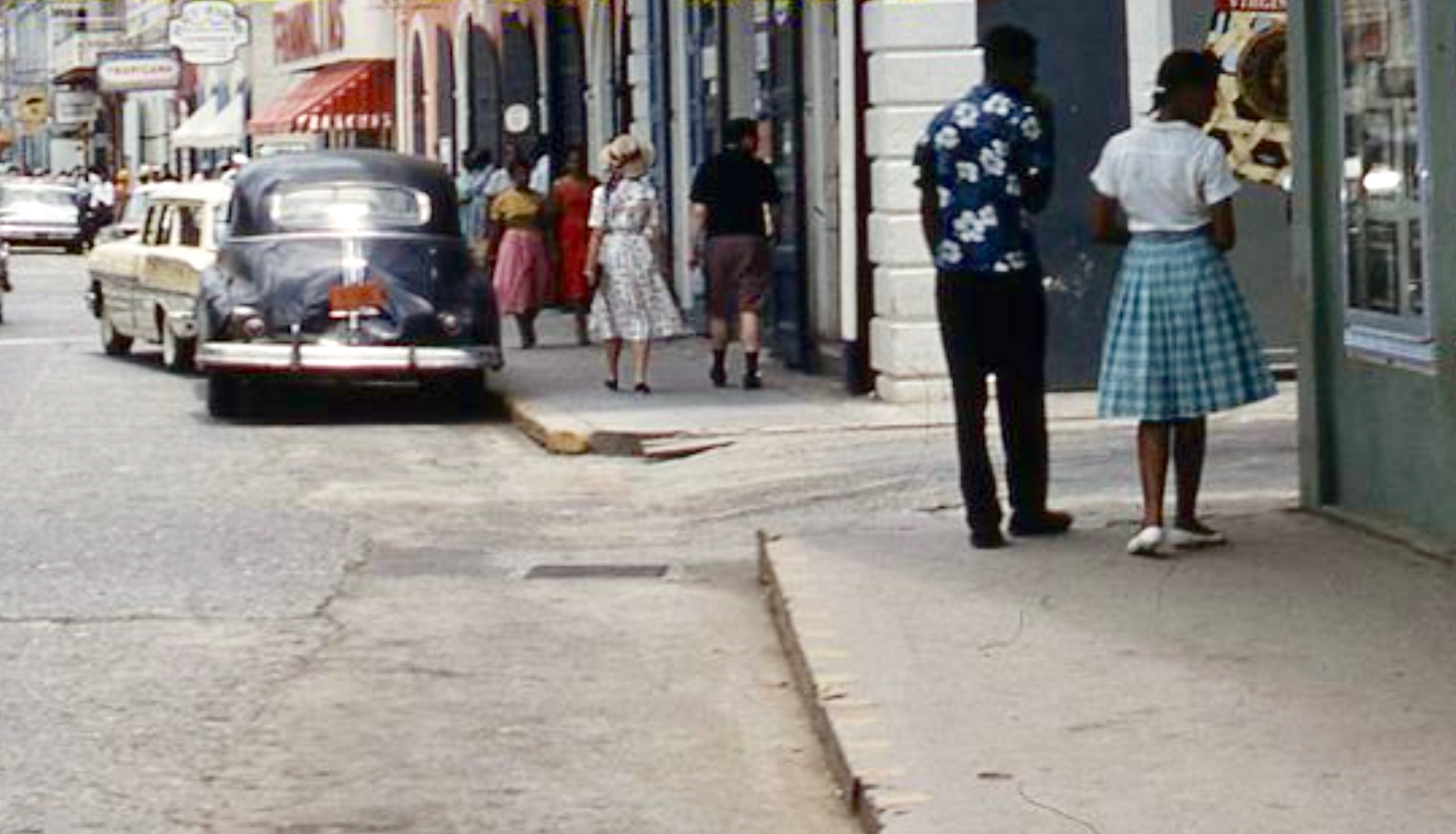 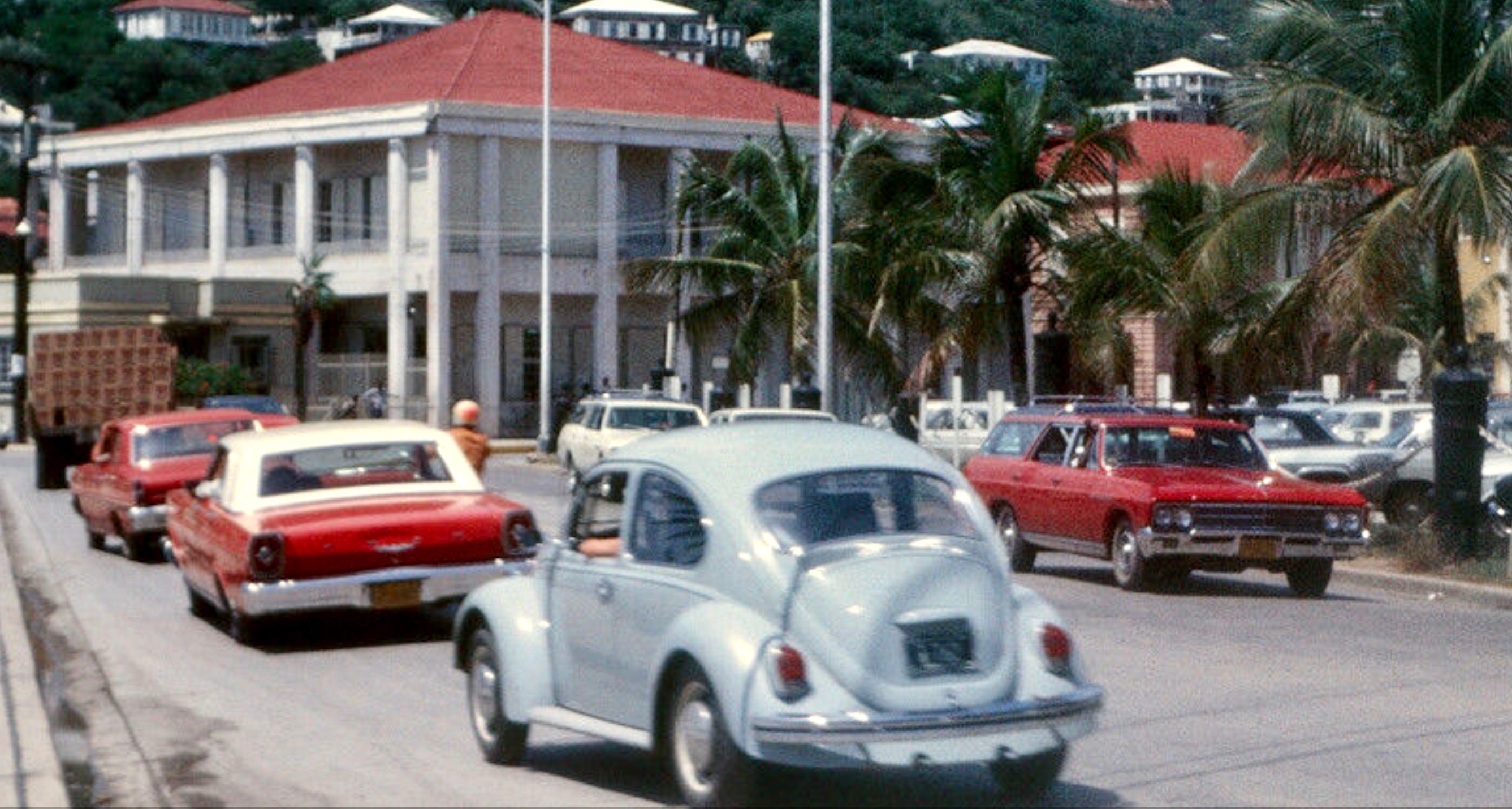 Magens Bay, on the north coast of St. Thomas, is considered to be one of the most beautiful and unspoiled beaches in the world!

Mr. Faircild deeded this vast estate so that visitors and residents could enjoy its natural beauty in perpetuity. 🎁

St. Croix, The Garden of the West Indies 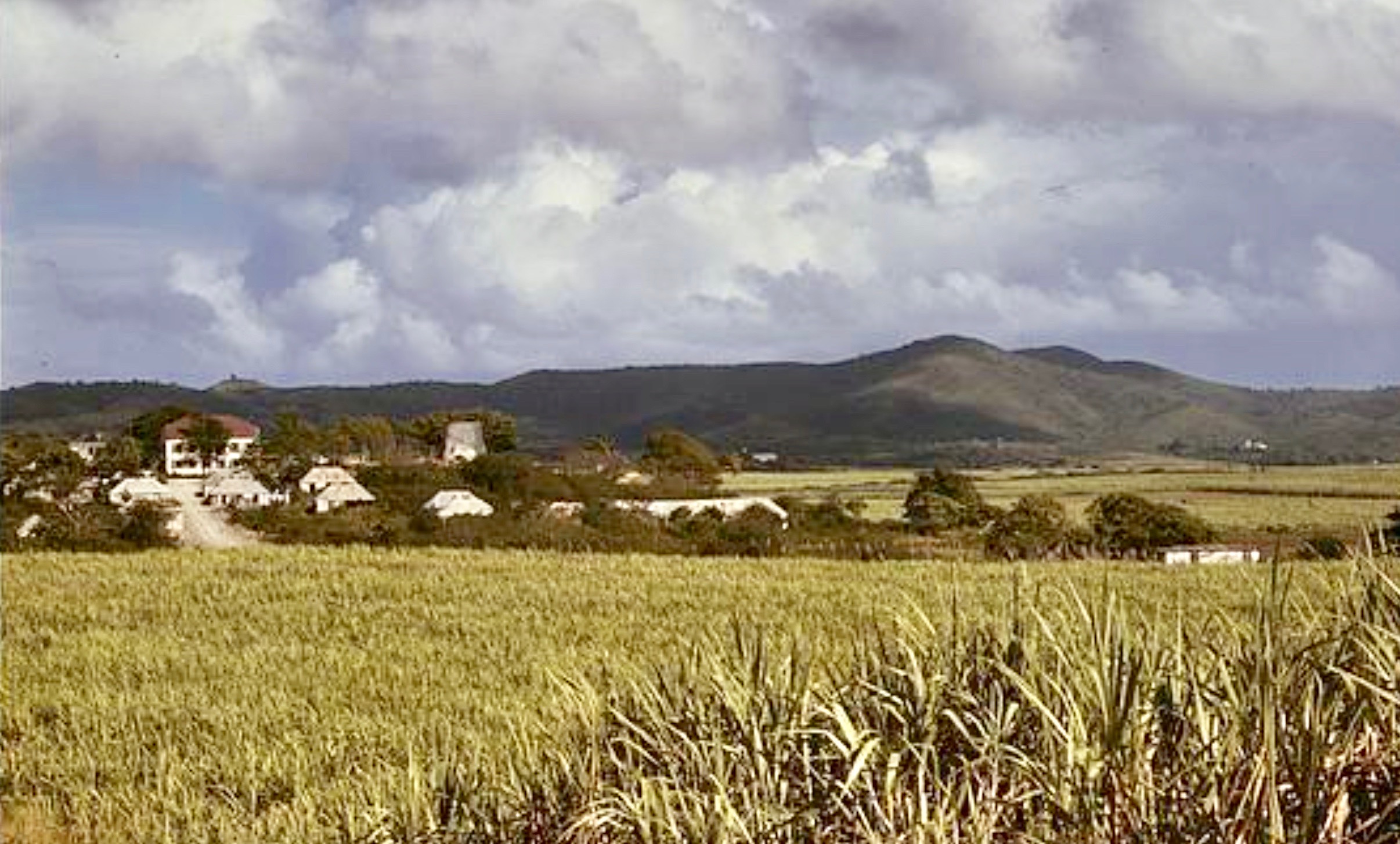 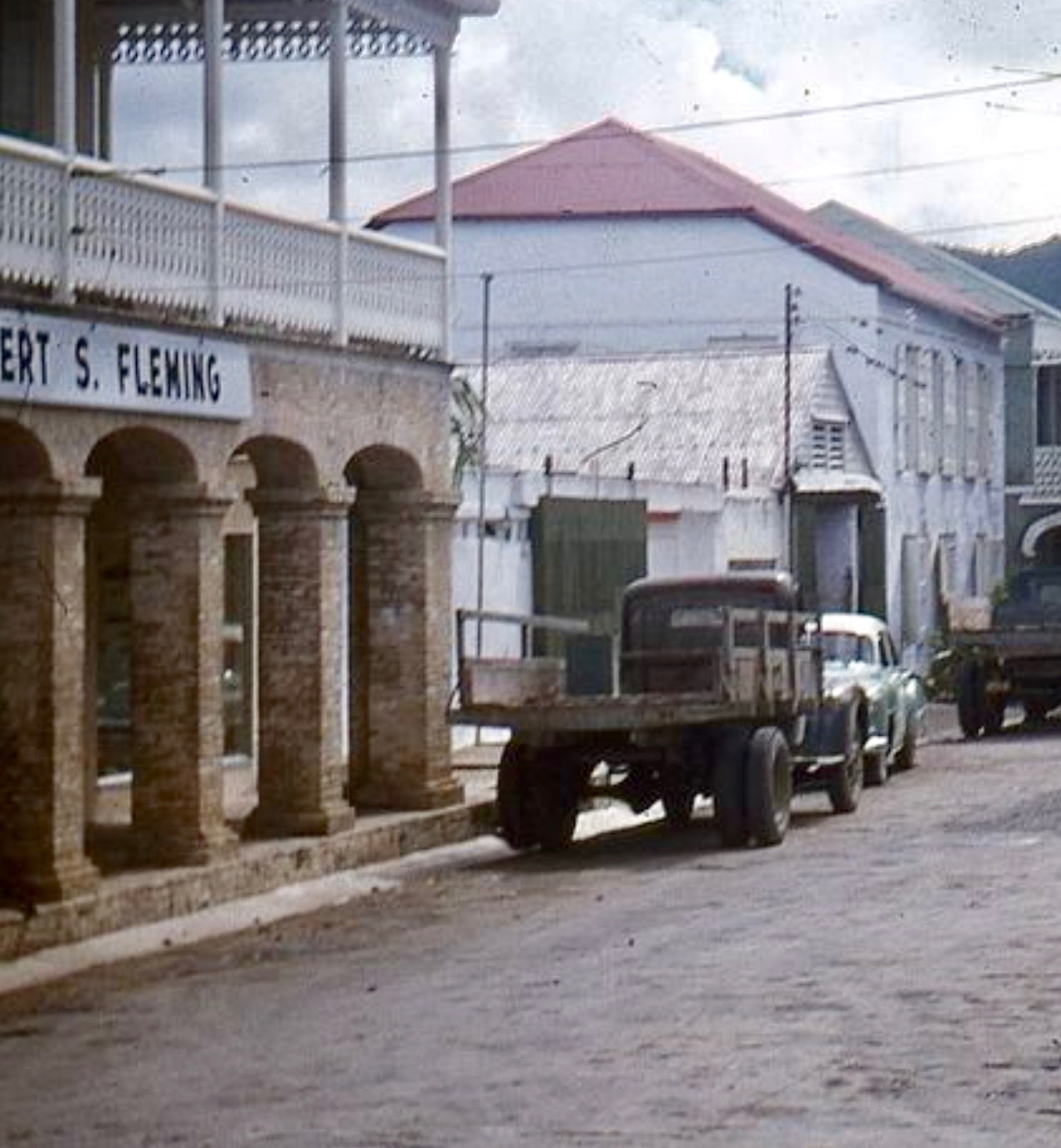 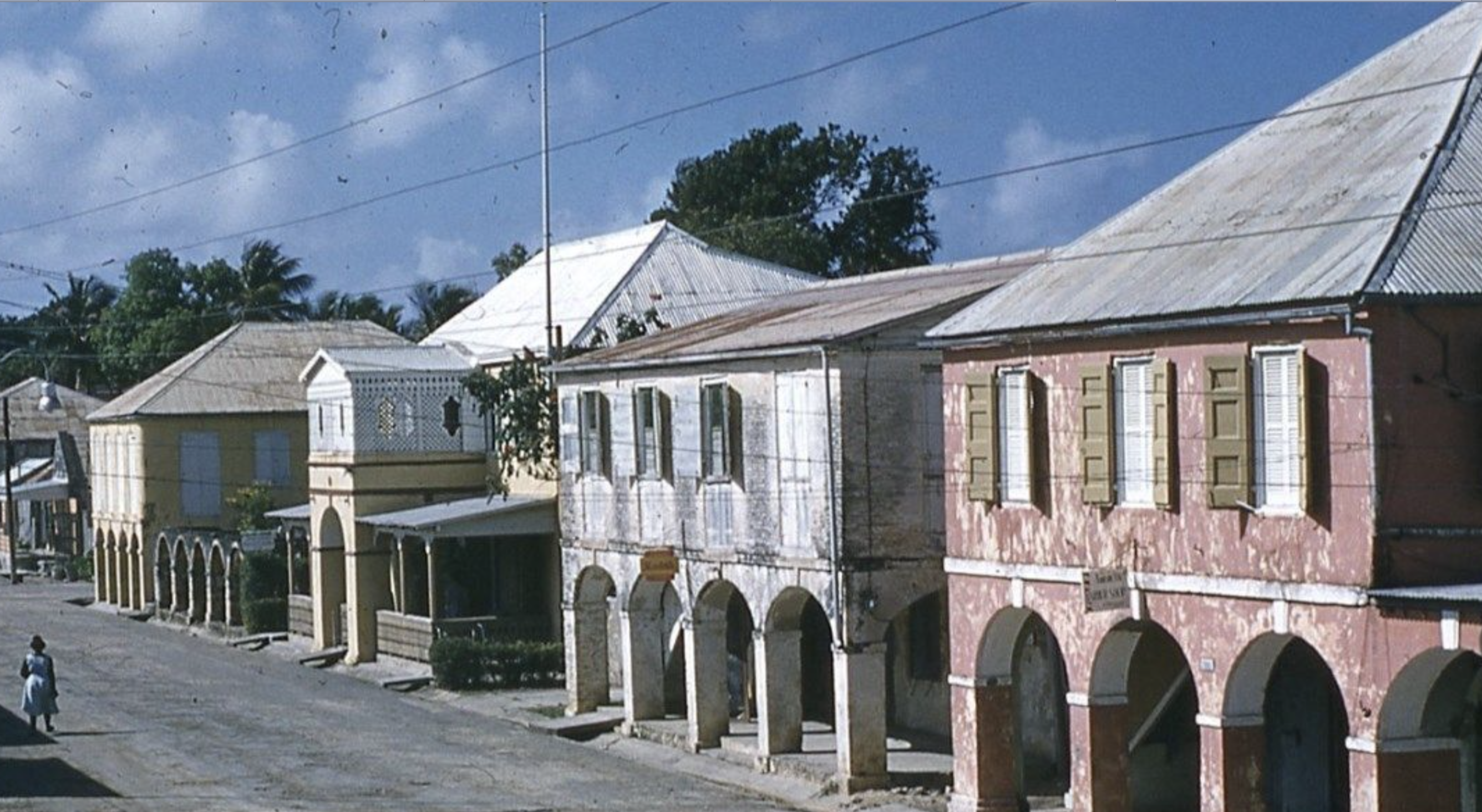 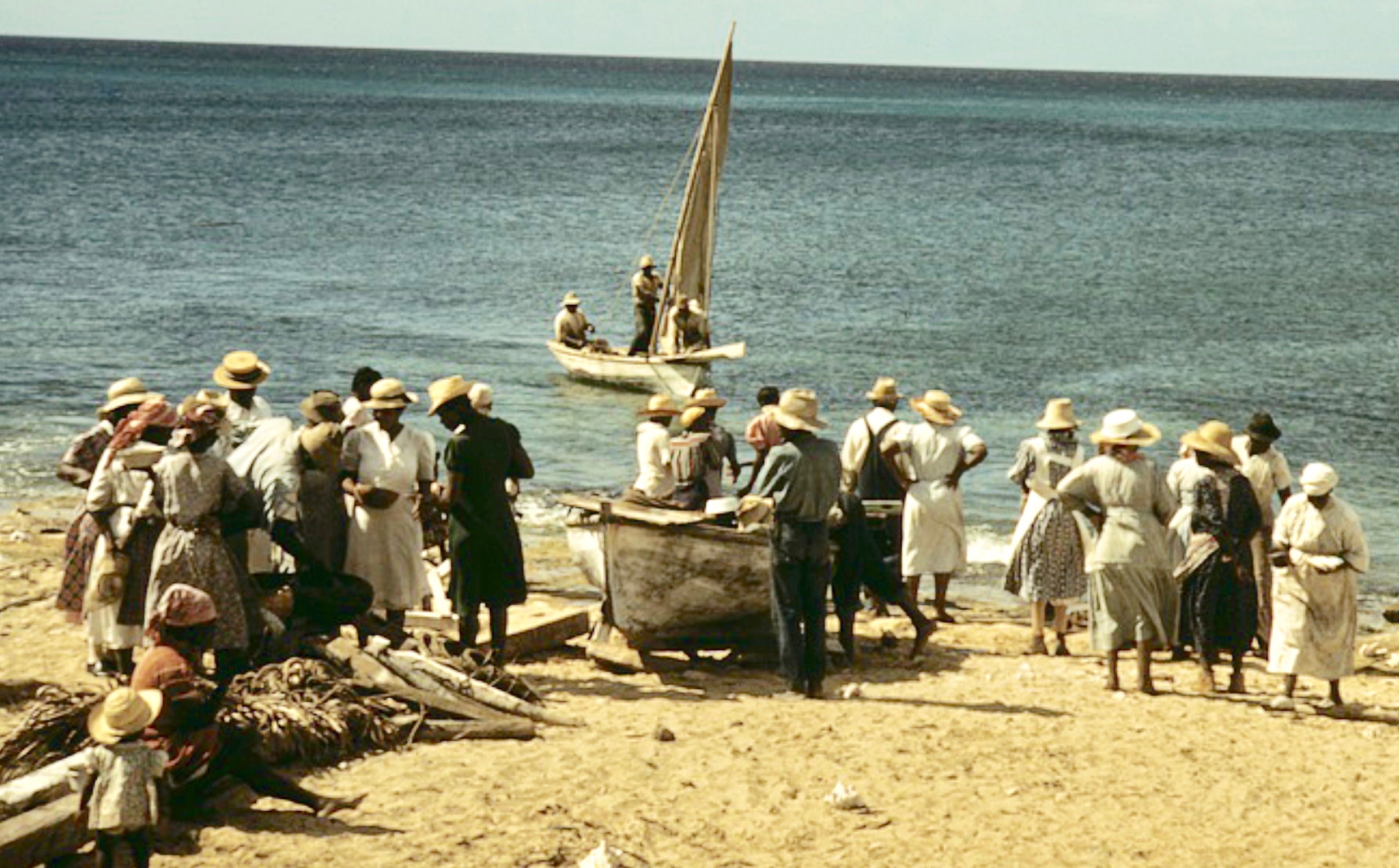 At one point, St. John was the producer of the highest quality Bay leaves in the world! 🍃

Peel inside my new book!