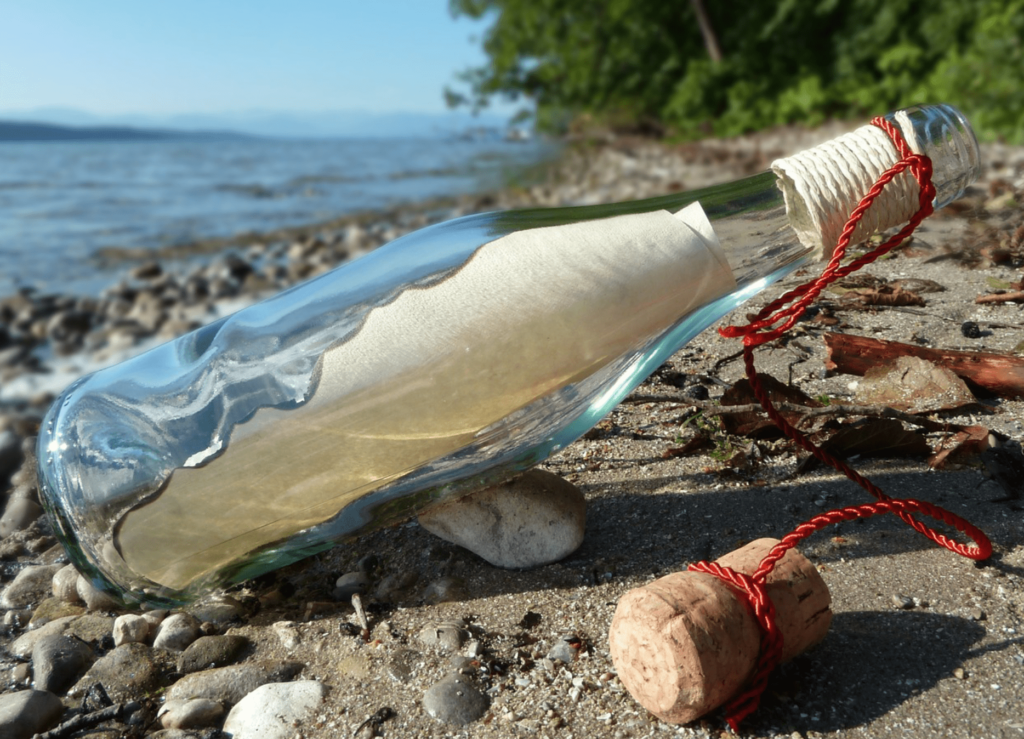 Imagine walking along the beach and noticing an odd-shaped bottle still sealed and never opened! 🍾

Almost 200 years ago, a young boy discovered such a bottle on a beach in Virgin Gorda.

Young James McDonough must have been thrilled by his discovery when he realized the mysterious bottle had its contents intact.

Opening the bottle revealed a hidden message scribbled on a piece of parchment.

Brig GAMBIA, from the River Gambia, toward St. John, NB., all well, out 15 days, and have had nothing but light airs and calms for the last 5 days.

Still no likelihood of a breeze.

Should any one pick this up, I beg of them to report the same.”

History of Messages in Bottles

Messages in a bottle have been used for many years as a form of communication, especially from vessels in distress.

Even Christopher Columbus is said to have written on a parchment and enclosed it in a waxed cloth, before placing it in a wooden barrel to be cast into the sea. 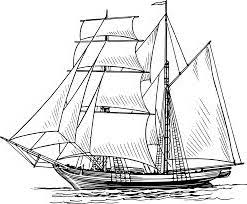 After the Gambia reported that she was becalmed somewhere in the Caribbean Sea, the given coordinates were used to pinpoint where she was when the bottle was thrown overboard.

Given the note’s date of March 2, 1832, and the finding of the bottle, August 21, 1833, a time frame of eighteen months elapsed from when it was first tossed.

Plotting the coordinates using google earth gave the ship’s distance from Virgin Gorda to be about 2,250 miles. 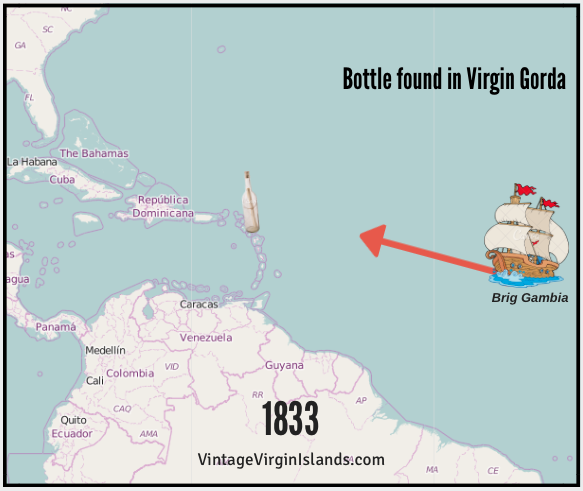 For the bottle to traverse this distance in eighteen months, it must have traveled no less than four miles per day, if it was found shortly after washing up on the beach.

Unfortunately, there’s no way to tell how long the bottle lay on the sand before being discovered.

If it had been there for many months, then the bottle would have traveled faster than the calculated four miles per day.

On January 21, 2018, the oldest message in a bottle was found on a beach in Australia.

It had been tossed into the sea 131 years ago!

It now holds the world record.

Finding a bottle with a message inside must be such an exciting discovery! 🔎