It is incredibly moving!

Enrique shared over 250 slavery-related advertisements that he curated from the old Danish newspapers to help shine a light on what life was like for the enslaved people of the Danish West Indies, now the US Virgin Islands.

More than 300 specific individuals were identified and indexed in the back of the book. 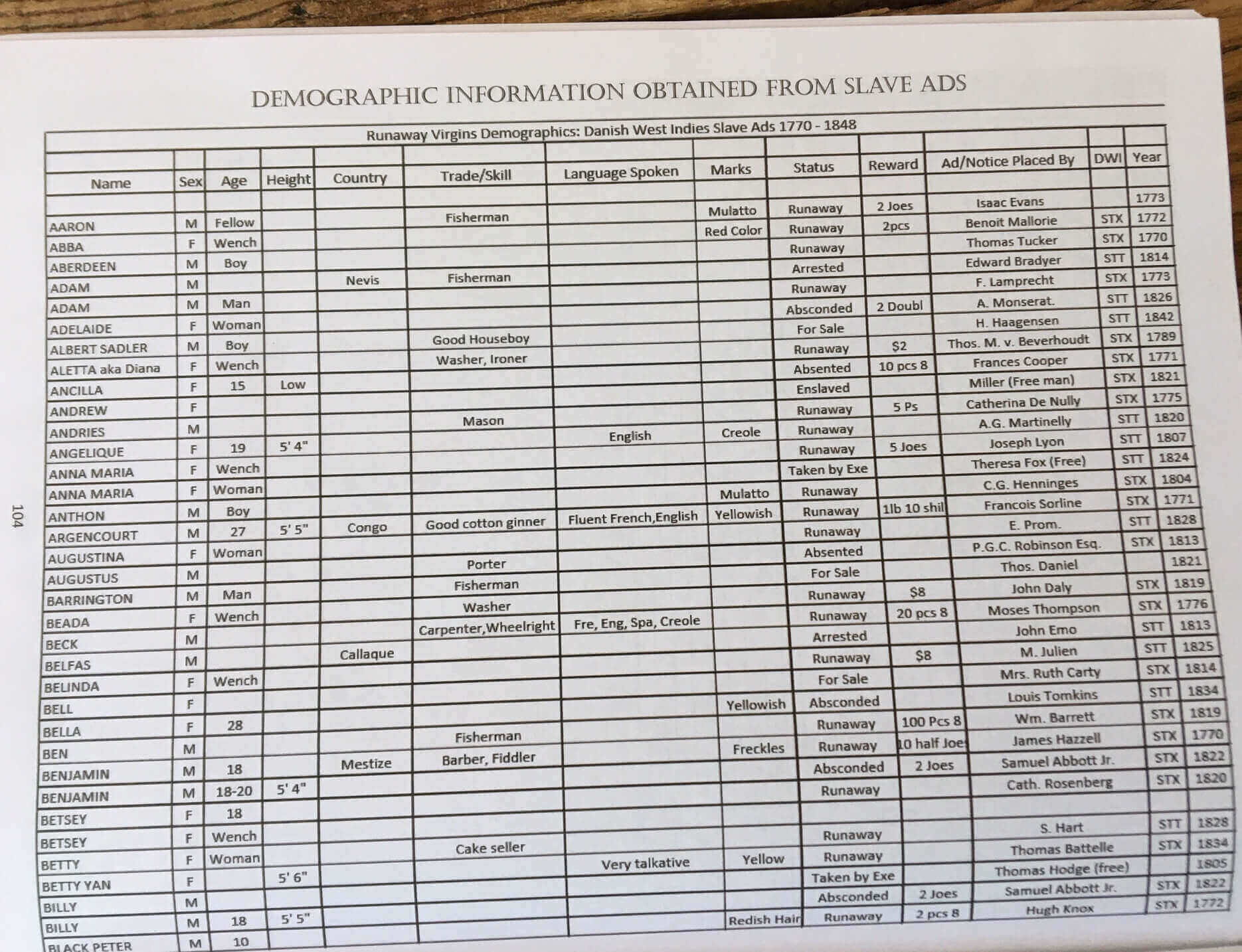 It’s an emotional journey as you peruse the descriptions used to identify the runaways and think about how much they risked for freedom, something many take for granted today.

Some of the runaways were described as “robust in appearance or marked by small pox, while others had sunken eyes or a yellow complexion.”

Others were in an “advanced state of pregnancy or marked by defects such as a lost joint from one of their toes.”

What was so disturbing was the fact that they were all the “property” of someone else. They all had a price on their heads.

Enrique highlighted a dark part of our island’s history so that we can all understand a little better what happened and how to learn from the experiences of the past.

These “runaway slaves” have an incredible story to tell and the author has helped them do that by giving them a voice. 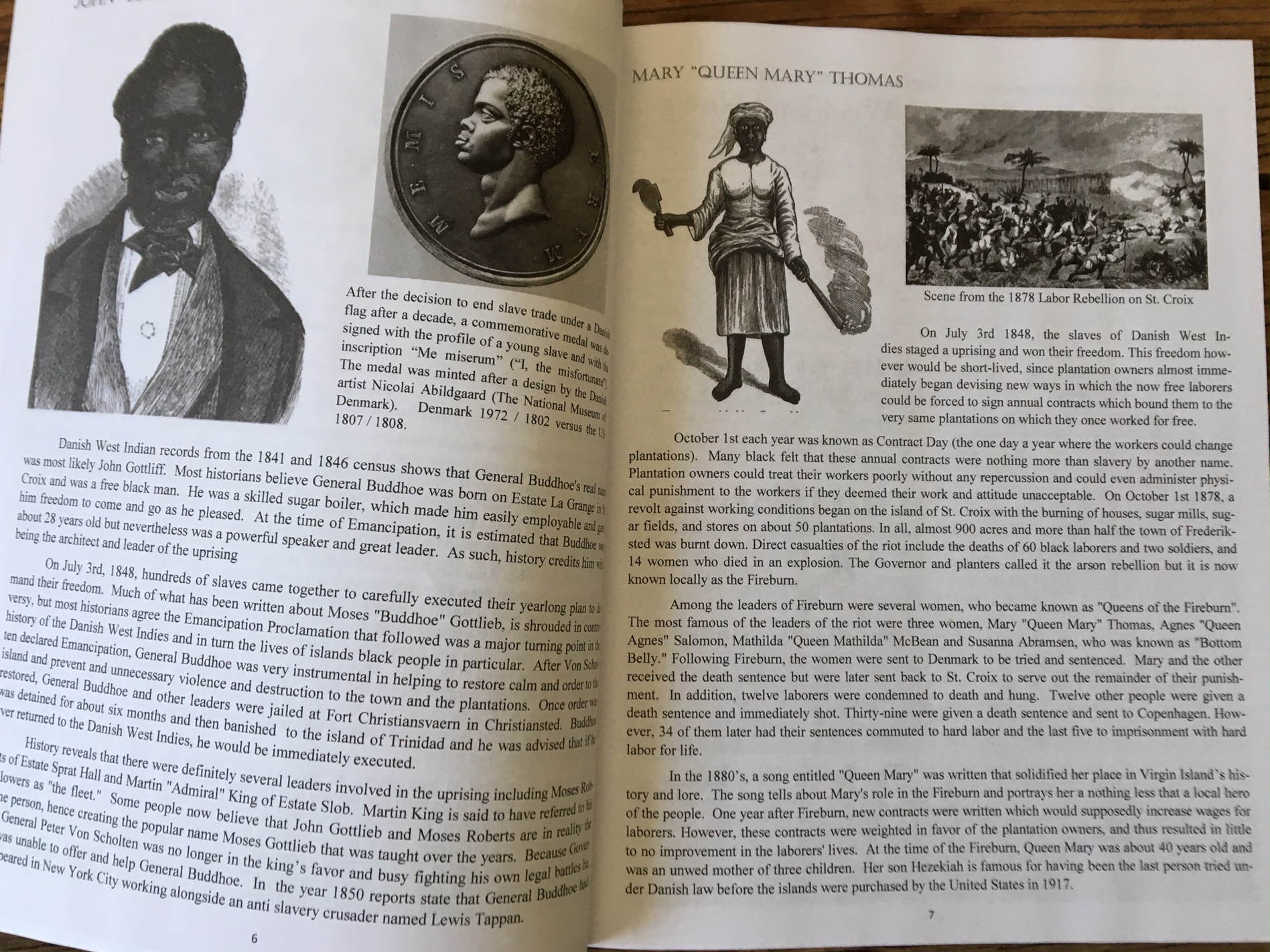 Runaway Virgins is a must-have for anyone with an interest in the island’s past.

Order a copy through Lulu.com.

Shop for VI books and more!