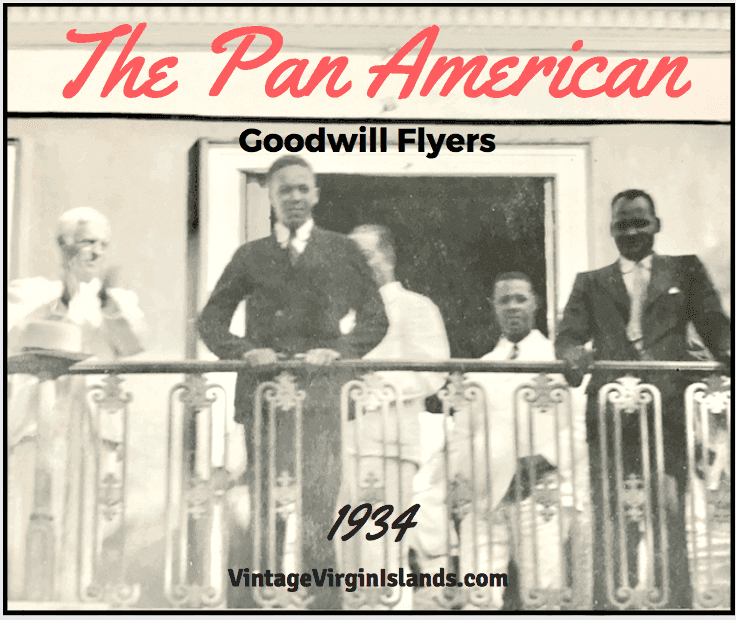 As I was flipping through an old family album, this photograph of an African-American man wearing a captain’s hat and a dark blazer caught my eye.

The children seemed enamored with him and I wondered who this mysterious captain could be?

As I turned the photograph over, hoping to find my answer, I was disappointed. Nothing was written on the back.

It wasn’t long before I found an article about the arrival of two aviators, Dr. Albert E. Forsythe and Mr. C. Alfred Anderson.

Could this gentleman be one of the Goodwill Flyers?

I searched online for known photographs of the pair.

After comparing the images, I recognized the captain in our family photograph as Dr. Forsythe!

Dr. Albert E. Forsythe was one of the first black pioneers in aviation history!

Born in the Bahamas, he emigrated to the United States and became a medical doctor.

After meeting Charles Alfred Anderson and sharing a love of flying, they made a cross-country trip together from Atlantic City, New Jersey to Los Angeles, California.

The two set out to encourage Blacks to participate in aviation and give them the confidence to believe in themselves.

It was dubbed the Pan-American Goodwill Tour.

Their planned path would take them to the Bahamas, Virgin Islands, Grenada, Trinidad and South America.

The two purchased a Lambert Monocoup aircraft for the trip and christened it the Booker T. Washington.

On December 11, 1934, the Booker T. Washington touched down at the western airfield in St. Thomas. Crowds of happy onlookers waited to greet them!

Members of the Colonial Council, including our great-grandfather, welcomed them and posed together in front of the plane for a photograph. 📷

The Goodwill Flyers were not the first to make aviation history in the Virgin Islands.

That honor went to the scouting plane that arrived days before Colonel Charles Lindbergh to test the safety of the proposed landing field.

Since then, aviatrix, Clara Livingston was one of the first and flew many times during the 1930s.

Reception for the Goodwill Flyers

Governor Paul M. Pearson honored the aviators with a grand reception and banquet at Government House.

After lunch, the goodwill ambassadors had an opportunity to walk along Main Street where the photo above of Dr. Forsythe was likely taken.

In the evening, the Flyers were guests at a special dinner at the Grand Hotel with speeches given by Chairman Herbert E. Lockhart and Honorable S. Victor Bornn.

Early the next morning, the aviators departed for Grenada and then Port of Spain, Trinidad.

On their departure from Trinidad, they ran into big trouble.  Their plane hit a wind pocket and crashed!

In a spectacular forced landing through wire and trees and escaping glittering housetops, the pilot made a marvelous landing in a backyard garden.

He hadn’t sufficient space to allow the plane to run off, so it was wrecked beyond immediate repairs.

This ended their West Indies Tour!

They both flew back to the US on a commercial flight, unhurt except for a small cut below Mr. Anderson’s eye; a little shaken, but proud of their accomplishments.

Their desire to establish a more cordial relationship, a firmer bond of friendship, and bring about a truer and deeper understanding between the various races and people of the Western Hemisphere was a worthy cause for them.

The First Lady Flies with the “Chief”

In 1940, Mr. Anderson served as Chief Civilian Flight Instructor for a new program to train Black pilots at the Tuskegee Institute in Alabama.

While spearheading the educational program, he earned the nickname, Chief.

In March 1941, First Lady Eleanor Roosevelt was touring a nearby hospital. Aware of the flight program, she asked to meet its chief instructor.

She said I’m just going to have to take a flight with you.

She did and made history!

After returning from their forty minute flight with a huge smile on her face, the First Lady remarked, Well, I see you can fly all right!

Chief Anderson’s career flourished and he later became known as “The Father of Black Aviation”.

This week marks the 82nd anniversary of their arrival in the US Virgin Islands! 🛩