Have you heard of the artist, Ira Harrington Smith?

Ira was a very talented painter whose prized works were extremely popular in St. Thomas.

Originally from New Jersey, he moved to the islands and began painting colorful scenes of everyday life.

Ira resided in the territory for forty-five years sharing his artistic talents while helping others develop theirs. 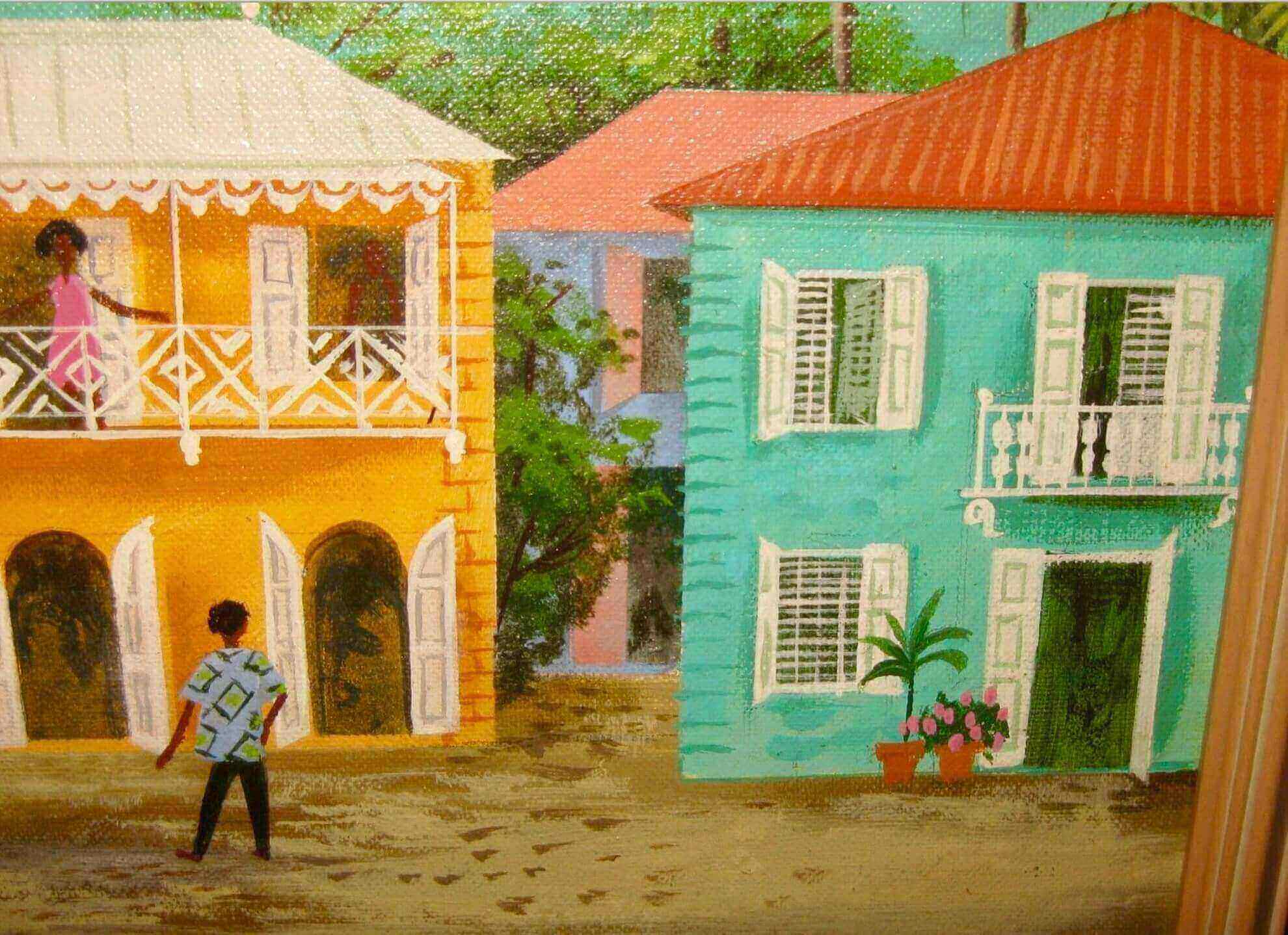 Ira and his wife, Doris established one of the first local art and craft galleries on St. Thomas.

It quickly became a focal point for art lovers.

Ira was a source of encouragement for many young, artistic Virgin Islanders who went on to achieve success in the field.

Speaking to the US Congress on Ira’s behalf, Honorable Ron deLugo told them of his devoted service to the island’s artistic community.

Many felt that his exquisite watercolors, acrylics, and other creative works enhanced the island’s charm enticing more tourists to visit.

These endeavors earned Ira the respect and praise of art lovers all over the world!

Honored By the Virgin Islands Legislature

The 18th Legislature of the Virgin Islands agreed along with the St. Thomas Arts Council and selected him for the 1990 Cultural Achievement Award, presenting him with a resolution and plaque.

“These honors were most fitting and well deserved for a lifetime of achievements, beginning in New York as a teenager and including study abroad.

Ira’s works have been chosen for gifts to former President, Lyndon Johnson.

Two were presented to such dignitaries as the King of Denmark and the President of the Republic of Niger.”

I am proud to contribute to this tribute to Ira Smith by sharing my personal regard for Ira’s artistic abilities and community spirit and drawing national attention to his achievements by making this statement to the US Congress.” ~ Honorable Ron deLugo

The Resolution by the Virgin Islands Legislature follows:

To honor and commend Ira Harrington Smith for his contributions to the Arts and the people of the United States Virgin Islands:

Ira passed away in 1992, in St. Thomas and since then, his paintings have become highly collectible.

The beautiful Caribbean harbor scene of St. Thomas portrayed with Flag Hill in the distance is currently available for sale.

To see more incredible paintings of the Virgin Islands, visit this link. 🎨

Update:  This item has been sold.