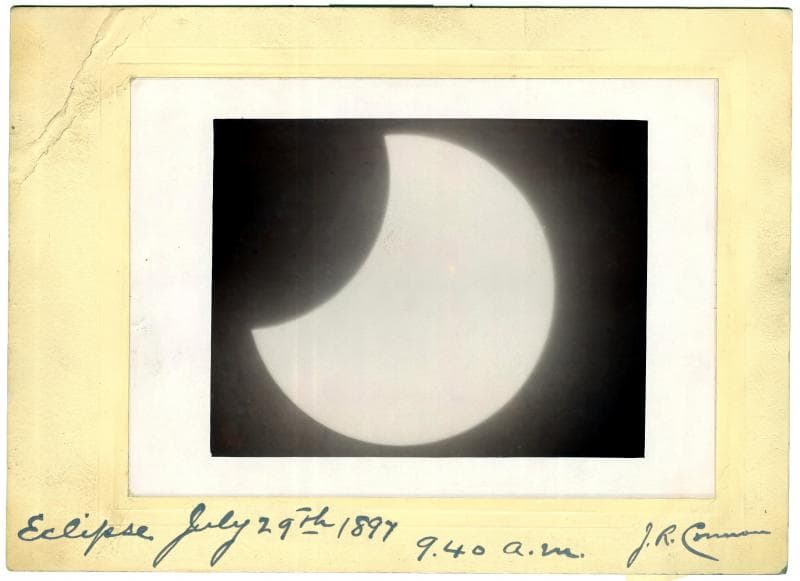 As exciting as it was for many to witness the recent solar eclipse, imagine what it was like for those living one hundred and twenty years ago! 🌖

Days before the event, Danish Astrologer, Carl Frederick Pechule gave an account of what was to be expected on July 29, 1897.

Seldom was an opportunity available for seeing a genuine new moon, he said.

“All those who choose to look will be able to see the true new moon revealed against the bright background of the sun.”

“It will look as though it’s in front of the sun, but in reality, the space between them is immense!

The moon is not quite a quarter of a million miles distant from us, while the sun is over ninety millions of miles away from us.”

The large annular eclipse will cover ninety-nine percent of the sun, creating a dramatic spectacle for observers fortunate to witness it.

Of the sun’s surface, only a narrow shining ring will remain visible.

The eclipse could be seen along a narrow pathway which passed over Mexico, the West Indies and the North coast of Brazil. “Because St. Thomas was within six miles of this area, visibility was greater.”

Many watched in awe as they observed this phenomenon for the very first time.  🔭

It began at 9:30 am and ended at 1 pm. Its duration was calculated at one minute and five seconds.

The path’s center line was located twelve miles from St. Croix so visibility was not as great as at St. Thomas.

Tortola was on the southern limit of the path.

Observing it from there revealed an almost annular eclipse.

In St. Thomas, “local stargazers turned out in swarms!

Almost every man, woman, and child were provided with a bit of smoked glass, the only “instrument” used.”

During its progress, a dull and peculiar light hung over the island. A little after 11 am, heavy clouds added to the dimness and cloudiness.

The astrologers and “weather prophets” of the day, forecasted violent hurricanes would sweep the West Indies on account of the eclipse.

Undeterred by their outlandish prophecies, everyone enjoyed this incredible experience! 🌒