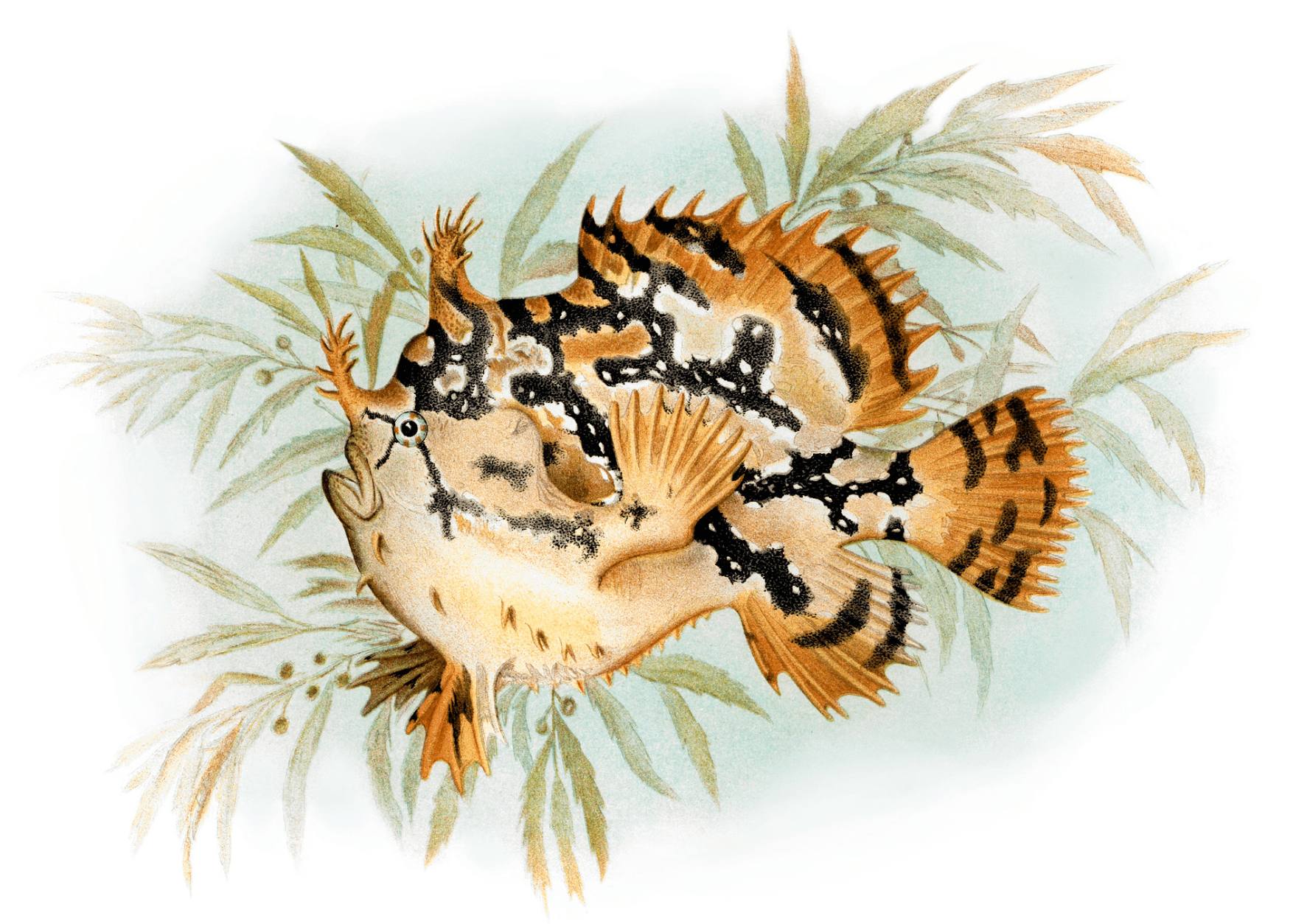 One of the strangest fish ever caught off the Virgin Islands was thrown aboard by the wheel of a steamer one hundred and sixty years ago! 🐠

Imagine an ugly, bloated sort of perch with a slimy, offensive skin, somewhat like a frog in as much as it had lungs.

This strange sea creature had fins that resembled hands!

The tail was un-fishlike in the way that it came to a point.

It had no obvious means of defense but was marked like the weeds it lived in which made it difficult to see.

The extremities were so soft and flabby that they looked just like seaweed floating about.

It lived on shrimps and small crabs, which frequent the Gulf of Florida.

It had no teeth, but its gums were hard. Six or seven small crabs were found whole in its stomach.

The sketch of the fish was sent to the newspaper with the kindness of a friend, Lieutenant Archer of the 3rd West India Regiment. It was four-fifths the size of the actual creature.

This fish was caught about 1500 miles NE of St. Thomas amongst the Gulf weed. 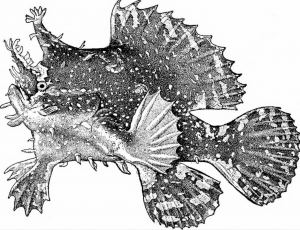 It was identified as a Sargassum fish which was a voracious ambush predator that was also a cannibal.

It stalked its prey among the tangled weeds, relying on its cryptic camouflage for concealment.

It could clamber through and cling to the seaweed stalks with its pectoral fins.

To avoid underwater threats, it had a unique habit of leaping above the surface onto mats of seaweed for safety.

Unfortunately, it too was preyed on by larger fish and sea birds.

It’s not known what happened to this specimen, but it fascinated all who had a glimpse of it. 🔎