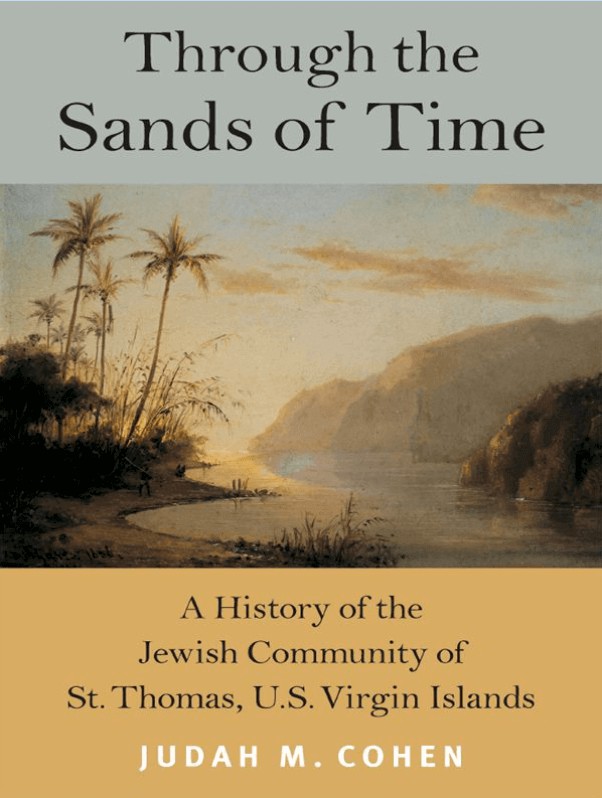 In just a few days, a new documentary about the living history of the oldest Synagogue will be unveiled in St. Thomas.

The premier begins on March 3rd at Antilles School at 7pm. Visit SandOnTheFloor.com for more information.

This book also shares the incredible history of the Jewish Community. Below is an amazon review.

Through the Sands of Time

“In 1796, the Jews of St. Thomas founded the first Jewish congregation on this Caribbean island.

New arrivals from England, France, and the neighboring islands of St. Eustatius and Curacao increased the original number from a handful of congregants to twenty-two families by 1803.

Unfortunately, their small synagogue was destroyed by fires and was costly to rebuild.

The congregation numbered sixty-four families by the time the present synagogue was erected in 1833. It has since become the oldest synagogue in continuous use under the American flag.

The congregation was also among the first to receive copies of the new West London Reform Liturgy when it came out in 1841 and the first in this hemisphere to hold a Jewish confirmation ceremony two years later.

While the synagogue has served for over 200 years as a central religious and social gathering place, St. Thomas’s Jews have been highly mobile members of a progressive, cosmopolitan society that at times rivaled any in the world.

Made Up of Model Citizens

As an accepted part of the larger community, members were accomplished, model citizens in a highly tolerant Danish colonial society.

Jews took positions in government, served as auctioneers, participated in the local Masonic lodges, and represented other countries as consuls in St. Thomas–many had non-Jewish business partners.

As traders in a mercantile culture, the Jews contributed to one of the world’s busiest harbors and were crucial to St. Thomas’s nineteenth-century rise to prominence in the northern Caribbean.

And the size of their community, which seems so small today, was comparable to Jewish communities emerging in continental America well into the nineteenth century.

In Through the Sands of Time, Judah M. Cohen offers a beautifully researched historical portrait of this unusual and tenacious group of Jews.

Beset with frequent fires, hurricanes, earthquakes, epidemics, economic depressions, and political upheavals, the Jews of St. Thomas have survived into the twenty-first century, with their synagogue continuing to host to a Jewish religious service every week.”

Check availability at amazon.com for this incredible book.