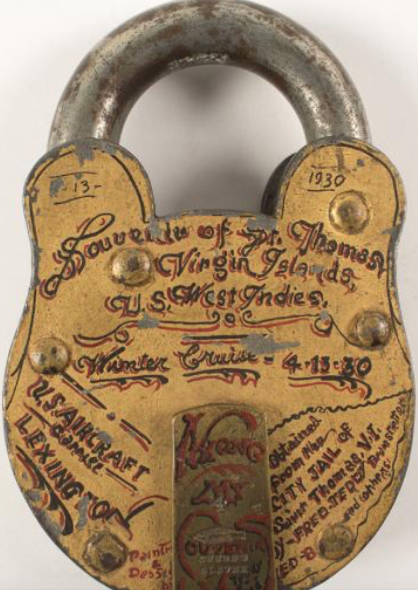 Up for auction is an unusual padlock from St. Thomas. 🔓

It has a brass coated front and several personal notations:

Among my souvenirs, obtained from the City Jail, St. Thomas V.I., Fred, Teddy and others.

Lock was made by Chubb in London.

The USS Lexington visited St. Thomas during the week of April 4th to the 13th, 1930.

She was part of the Navy Department’s Control Force which consisted of various submarine Divisions.

It’s uncertain if the owner actually spent time at the Fort Christian jail during his short stay or this was merely a collectible. 🗝 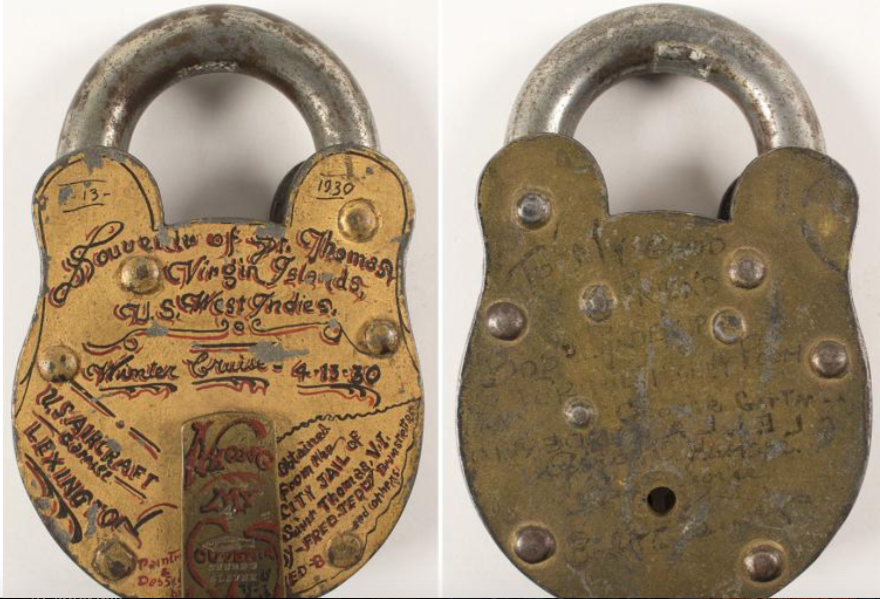 Update on the USS Lexington

Reports today confirm that the USS Lexington which had been sunk during the Second World War (1942) has been found.

The team working with Paul Allen using the research vessel, the R/V Petrel, located the ship about two miles below the surface and more than 500 miles off the eastern coast of Australia.

“The USS Lexington and another carrier, the USS Yorktown, which also visited the Virgin Islands, fought against three Japanese aircraft carriers from May 4th to the 8th, 1942 in the Battle of the Coral Sea, the first ever between carriers.”

I wonder if Fred, Teddy or Bob would have still been with the ship twelve years later, and if so, whether they survived?