H.M.S. Valkyrien was a Danish ship stationed in the islands in 1915 when unrest and strikes were anticipated among the workers and uncertainty about the eventual sale of the islands to the US left everyone feeling uneasy.

While anchored in St. Thomas, crew members lent their assistance during the disastrous hurricane of 1916 and delivered valuable medical supplies and foodstuffs to those in need, especially to the farthest corners of St. John.

During quieter times, the ship’s band paraded through the streets playing musical numbers like, “Sons of the Brave” and “It’s a long way to Tipperary”.

Thanks to the archives of the Royal Danish Library for scanning thousands of photographs together with all the Danish newspapers.

We never would have known as much as we do about the island’s history. 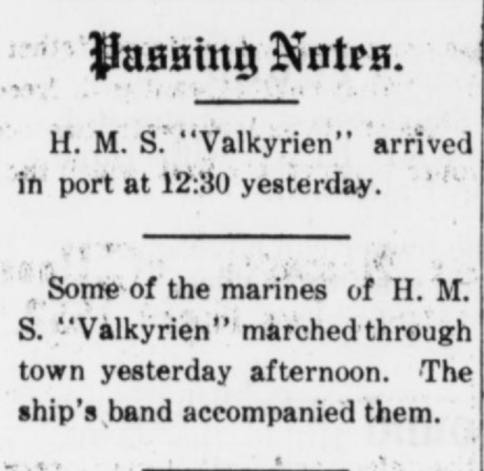