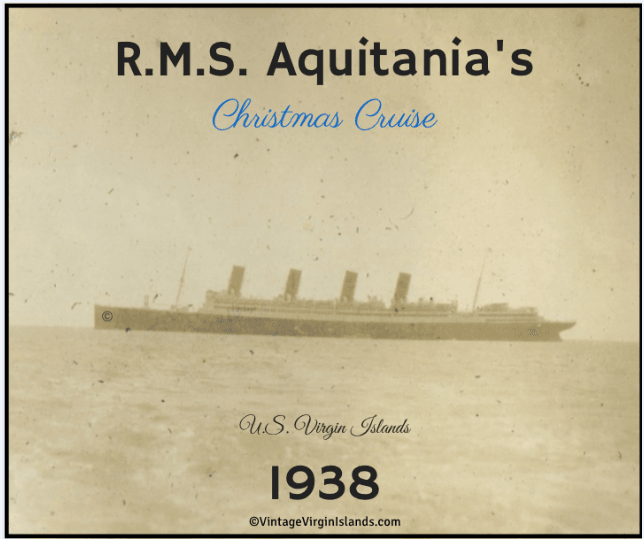 When I first saw this faded photograph of an ocean liner, I thought I would never know her identity. 📷

Like most of the photographs in our ancestors albums, nothing was written on the back of the picture.

As I looked closely, I realized that the ship wasn’t anchored inside the Charlotte Amalie harbor, but rather, behind Hassel Island,where all the oversized vessels tended to be.

This gave me my first clue, that there was something special about this visitor.

I started looking through the back-dated issues of the local newspaper in an attempt to make my best guess.

When I stumbled upon the August 11, 1938 edition, I found the announcement of the arrival of the largest ship to ever call at St. Thomas.

I was thrilled!  I knew this had to be the ship in the photograph.

RMS Aquitania sailed from New York with 674 passengers on her Christmas cruise through the West Indies.

She was known as the “Grand Old Lady of the North Atlantic”.

Named for her exquisitely designed interiors, she held the unique title, “Ship Beautiful”.

No wonder she caught the eye of the family photographer as he glanced across the horizon. 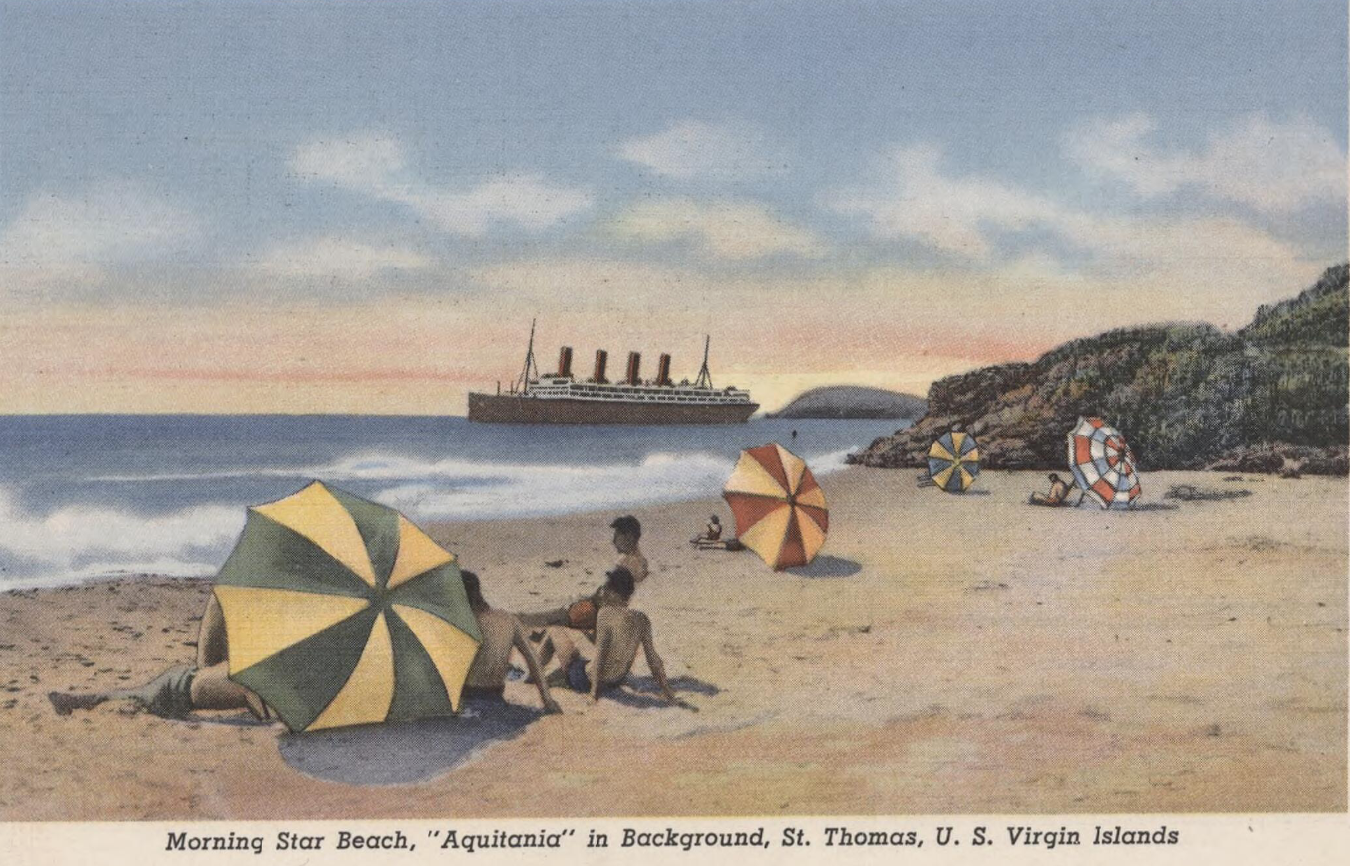 Aquitania made 450 voyages, taking over one million passengers during her career.

In 1950, she was retired and finally scrapped.

All that is left of the ship is her steering wheel and a detailed scale model of her in the Maritime Museum of the Atlantic in Nova Scotia, Canada.

Amazing to think that there is so little left of this transatlantic Queen. ⚓