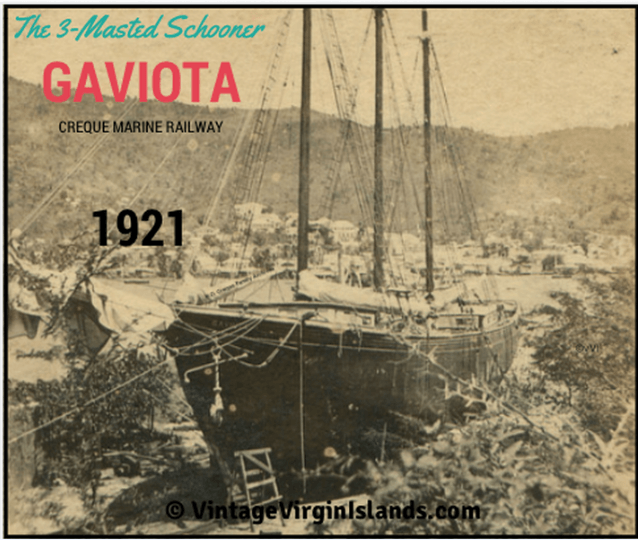 Today marks the 95th anniversary of the hauling of the ill-fated schooner, Gaviota at the Creque Marine Railway.

This beautiful, three-masted, trading schooner was built in Cataño, Puerto Rico by Guillermo Valello in 1920.

Designed for the inter-island trade, she was captained by Juan Cruz.

On this day, she made the 100-mile voyage for repairs at Hassel Island.

Seven years after her visit, she capsized in San Juan’s harbor and was lost.

It was during the San Felipe hurricane that hit the island on September 13, 1928.

This hurricane also claimed the life of Captain Franz Romer, the young kayaker from Germany.

He was on a solo expedition from Las Palmas to New York and stopped in Puerto Rico for a couple of days.

After departing for New York, he was never heard from again.

Since the beginning of time, devastating hurricanes have been one of the greatest threats to life and property throughout the Caribbean.