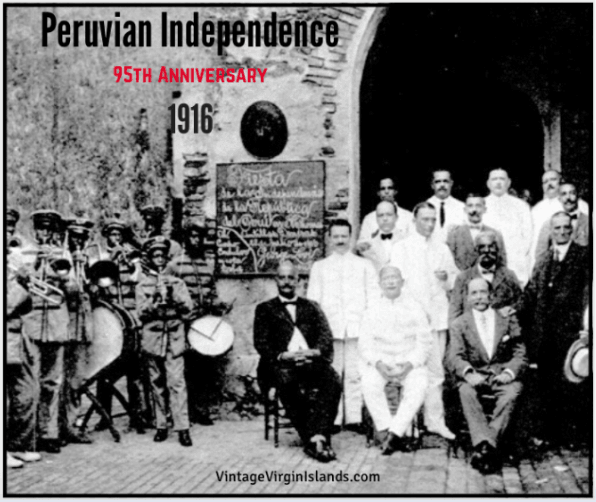 During the history of the Danish West Indies, the honoring of Peruvian Independence was an important commemoration. 🇵🇪 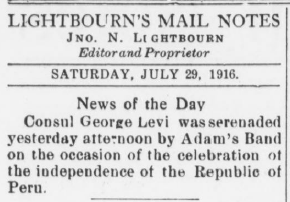 The History of Peruvian Independence

He won and became known as Peru’s liberator.

Since that day, the Peruvian Independence holiday has been celebrated annually with music, mass, cannon salutes and flag-raising ceremonies all over the world. 🎼

Consul George Levi, who at one time represented Mexico, Costa Rica and Peru in St. Thomas, held a fiesta to mark the day.

On July 28, 1916, his colleagues helped him commemorate its 95th anniversary.

As they gathered for the days remembrance, the Adams Band played the National Anthem.

Consul Levi took part in many other commemorative celebrations, like the early Carnival Ball, July 4th and the preparations for the Duke and Duchess of Kent’s visit in 1935.

He was a merchant of high repute and proud of his reverence for this special day.