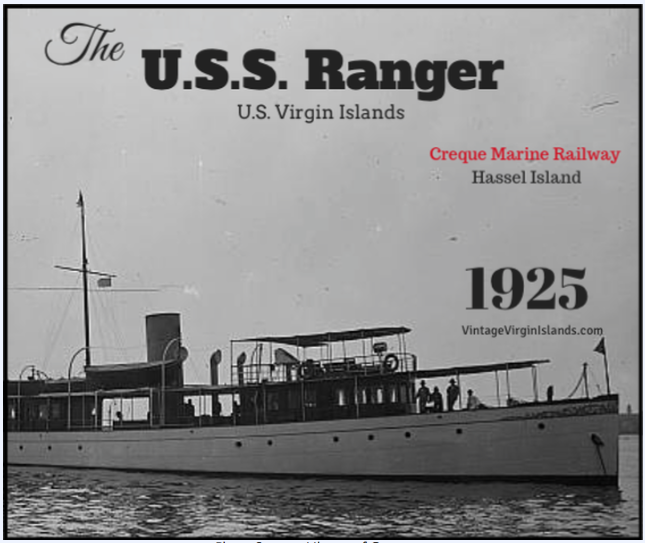 In August 1924, a deadly hurricane caused severe damage to the homes on Tortola and many in the US Virgin Islands.

The USS Ranger came to the rescue!

When called upon, she transported lots of workers to the outlying islands to assist those in need.

Governor Philip Williams was so grateful for their assistance during the emergency, that he sent the crew a personal letter of thanks.

In 1925, the vessel was lifted at the Creque Marine Railway.

Her routine maintenance included cleaning and applying anti-corrosive paint to her hull.

In 1927, the Ranger was involved in surveying the shoreline around Hans Lollik, Brass Island, Cochroach Island and Dutchman’s Cap.

Warnings were posted in the newspapers for the fisherman to refrain from placing any traps or gear with floats in this vicinity.

A few years later the vessel was sold and eventually listed under a Panamanian registry.

It’s not certain whether she still cruises the coastline today, but when she was lifted at the railway, with 133 feet in length, she was an impressive sight!