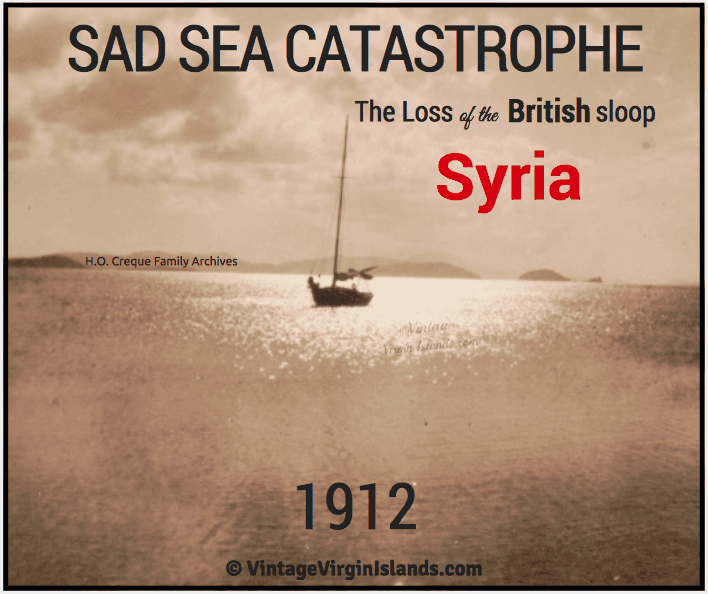 The history of the Creque family is filled with intrigue and adventure!

However, it also has its fair share of calamities.

Six branches of the family have been involved in terrible sea catastrophes!

In 1902, J. Creque, a fireman aboard the cable ship Grappler, lost his life after Mount Pelee in Martinique erupted.    In 1941, a relative of a close uncle was lost at sea when the SS Proteus disappeared without a trace.

Here is a list of the vessels with links to some of their stories.

This is an account of one of the saddest sea catastrophes that occurred near St. Thomas.

Four women with three children and two men lost their lives when the SYRIA sank in 30 fathoms of water!

The SYRIA was a British sloop that transported passengers and cargo back and forth between the British Virgin Islands and the Dominican Republic.

The owner and captain of the vessel was Christopher Ham of Virgin Gorda.

On November 16, 1912, the sloop departed Cow Wharf in St. Thomas between 8 and 9pm bound for Virgin Gorda with thirteen passengers.

At 11:30pm, abreast of Green Cay, the boat was struck by a sudden squall from the southeast.

Charles Stevens was at the helm and although he promptly let go his main sheet and gave orders to let fly the jib, it was too late.

The boat keeled, took in water and sank immediately! 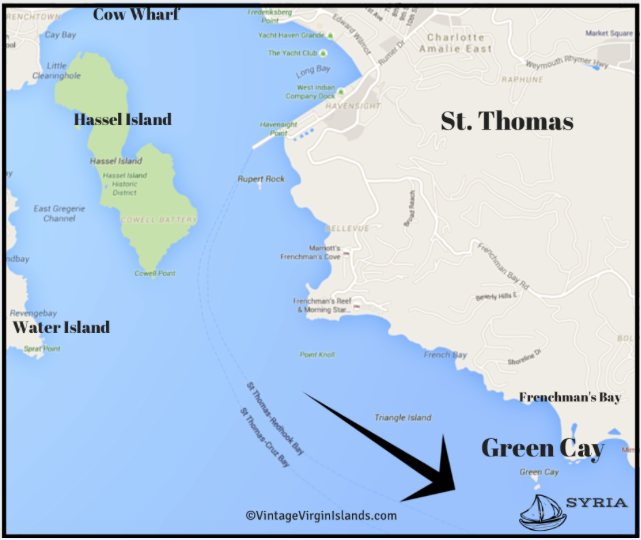 At the time of the accident, the women were told to hold on to their floating trunks.

Whether they were able to or not, the survivors could not say.

Charles Stevens and a young boy by the name of Creque, swam for land reaching the rocks near Frenchman’s Bay.

It was a distance of about two miles from where the vessel sank!

Despite their exhaustion, they searched for a rocky path that would lead them to town. It took them two days to get there!

After reporting the accident, the police quickly sent a search party to the area. Fortunately, two more passengers were found alive.

One of the rescuers, John Hatchett spotted a couple of floating trunks and hauled them into the boat.

Afterwards, he found the body of Catherine George.

She was recovered near Water Island and taken to the hospital where she was later buried.

The lost are: Captain Christopher Ham, a male passenger who’s name was not known; Catherine George, Ella Sprauve and her child, Mary Spruce and her two children and Victoria Sprauve.

Today marks the 104th anniversary of this sea catastrophe. ⚓