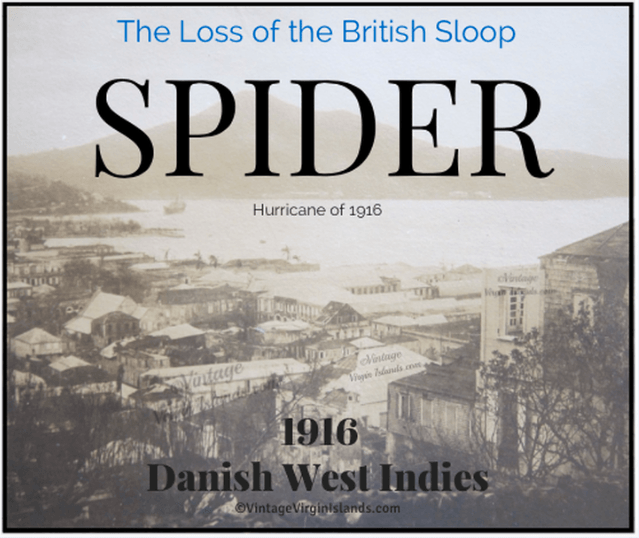 St. Thomas was struck by one of the most destructive hurricanes in the history of the Danish West Indies! ⚡

Captain William Creque, the brother of our direct ancestor, sailed right into its fury.

On that fateful day, he was the captain on board the Spider.

The 45-ft sloop was purchased from the Norman family.

Accompanying him, were several paying passengers en route to St. Thomas from Tortola.

When the weather suddenly turned deadly, William realized that he was too far out to turn back.

He tried as best as he could to make it to Cow Wharf, but his vessel was caught in the wind’s ferocity.

It tossed him and all his companions into the raging sea and sunk his sloop without a trace! 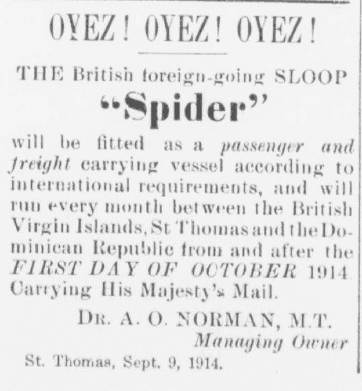 The Spider was built in Anegada by William Christopher Varlack in 1912.

It was used between the islands of Macoris and St. Maarten to transport laborers and produce monthly.

Like the sloop, La Gracia, it too transported cane workers to and from the Dominican Republic.

James Abbot, an elder passenger in the Spider, shared his story of survival with a news reporter from Lightbourn Mail Notes.

He said he managed to “save himself when the sloop capsized during the beginning of the hurricane by clinging to her stern.

Seeing the sloop, (La Gracia) nearby, he swam to her.

Mr. Wheatley, who was on board, pulled him in to safety.

Unfortunately, the two passengers he traveled with, Mr. Frazer and Mr. Bruly, were lost.”

The Gendarmes took him to the hospital where he later recovered.

Within a few months, he had something special to celebrate.

This week marks the 100th anniversary of this hurricane tragedy. 🌩 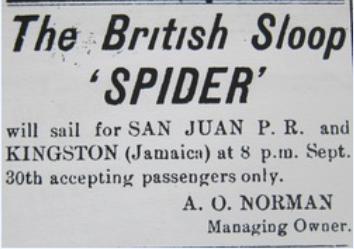 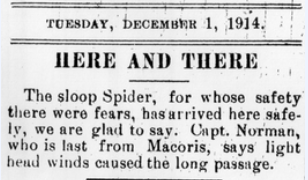